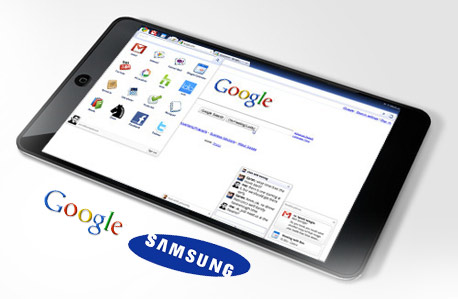 The Search Engine Giant Google has joined up with Samsung to unveil a new 10.1-inch Nexus tablet.

Richard Shim, an analyst at NPD DisplaySearch uncovers some detail about the Nexus 10 – as it will have 2,560 x 1,600 display resolution with 299 Pixels per Inch, which is greater than iPad’s 264 Pixels per Inch resolution on the 9.7 inch.

It will be a “high-end device,” Shim told CNET — in comparison with Google Nexus 7 which was offered in $199.

Probably the biggest news is the partnership with Samsung. Google and Samsung co-brand the smartphones before, but Google has partnered with Asus on the Nexus 7 tablet.

The price, date and detail for the new Tablet are undiscovered, but Shim also confirmed that Google will start production on a $99 tablet in December.

What do you think: would a Nexus 10 be a real competitor to the iPad? Let us know your views in the comments.