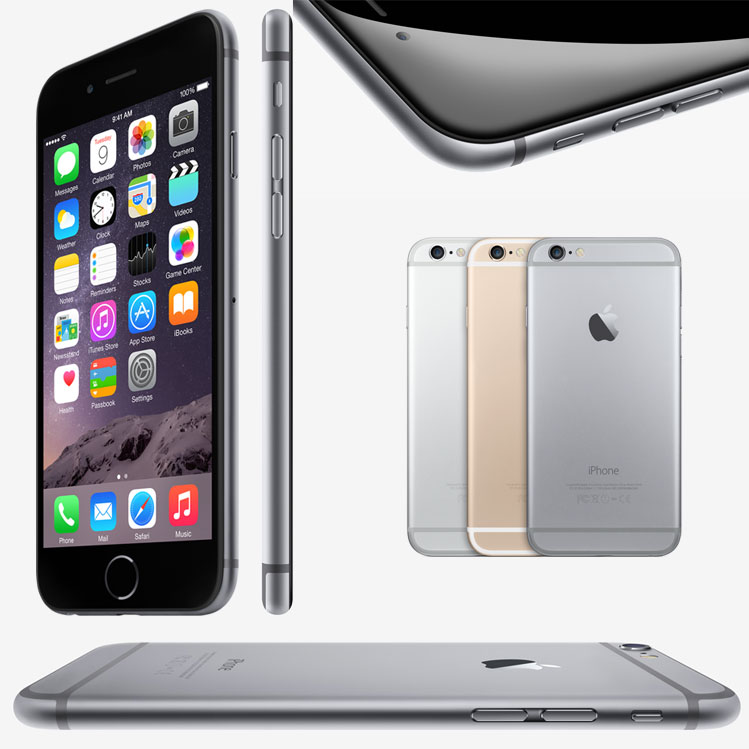 The big day is finally here. After months of leaks, Apple has now introduced two new version of its iPhone Series, the iPhone 6 and iPhone 6 Plus at the Flint Center in Cupertino, California — the same place where Steve Jobs introduced the personal Mac computer.

The iPhone 6 is significantly bigger and dramatically thinner than the iPhone 5S. It’s completely new physical look with curved glass around the side made it truly the most beautiful phone you’ve ever seen. The front glass is “ion strengthened,” Phil Schiller, Apple’s marketing head said at the event.

The iPhone 6 now has a 4.7 inch display, larger than any previous model of the iPhone. It has a 1,134 x 750 resolution with a pixel density of 326ppi. It features a new “Retina HD” support, the same density as the iPhone 5S.

The iPhone 6 present a brand new chip, the Apple A8 processor. The A8 processor is the heir of the A7, which introduced 64-bit processing to iOS. It’s also a 64-bit processor and built with 20 nanometer tech that make iPhone faster and more powerful than ever. According to the Apple, the chip is up to 84x faster than the original iPhone.

It also has the M8 motion coprocessor like the iPhone 5S. The device can calculate both distance and elevation traveled with the help of Air Pressure. Thanks to a new sensor known Barometer. 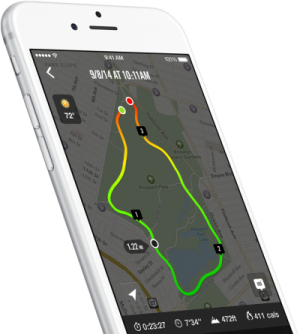 The iPhone 6 shipped with iOS 8, which revealed in the early summer. New software features include better notifications, seamless “handoff” of tasks to a Mac or iPad, and the ability to see which apps are taking your battery the most. iOS 8 will be available as a free download from September 17.

The iPhone 6 now has an upgraded camera as well, but it still an 8-megapixel with 1.5 micron pixels and an f/2.2 aperture. Focusing is almost twice as quick. Apple introduced a new feature known as “Focus Pixels” which instantly figure out the direction of the phone’s focus and the distance to move the lens, leading to sharper images, the first iPhone to do so. The device has digital stabilization for images, though it doesn’t have just one feature that’s on the iPhone 6 Plus: optical image stabilization. 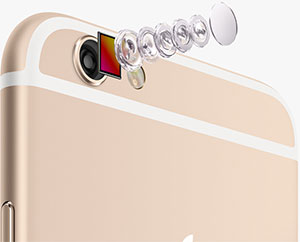 The improve camera will be able to shoot video in 1080p video at 60 FPS (frames per second), with on-going auto-focus feature while recording. You can also record the incredible slow video using the Slow motion mode at 240 FPS.

The 2.1-megapixel front face camera for FaceTime has also been redeveloped, with a new aperture that allows in 80% more light. It also has an Brust mode feature that capture 10 pictures in a second and let the user choose the one that looks perfect. Schiller said the feature would be ideal for “burst selfies.”

Battery life has been improved from the preceding generation, rated as follows:

The new iPhone is a networking powerhouse. It will support over 200 LTE networks around the globe with 150 MB/Sec more than any smartphone, and support Voice over LTE (VoLTE). It’ll also be the first iPhone that support 802.11ac Wi-Fi networks that up to 3x faster than iPhone 5s.

Wi-Fi calling is a new feature for making high-quality calls when cell conditions are poor. It has an ability to hand off calls from Wi-Fi to cellular network and back while the call is active.

Apple has also added some improvement in the iPhone Security. Users can place their finger on the Home button and the device will be unlocked with Touch ID feature. The Touch ID is capable to read the thumb impression at 360-degree, which mean no matter what its orientation; landscape, portrait, or anything other in between. It also allows users to access the content more securely and easily in other apps.

Users can also pay with the simple touch of your finger using Apple Pay with the help of Touch ID. Just put your figure on the Touch ID sensor, and your payment will be sent. Apple Pay makes it hassle-free to pay within apps, too. The device will also be available in Canada, France, Germany, UK, Australia, Singapore, Hong Kong and Japan. Rest countries will be get the device soon.

What do you think about the new iPhone 6? Please let us know in the comments!