Glance World
Home Computers Which Type of Programming Language is Used in the ECU of a... 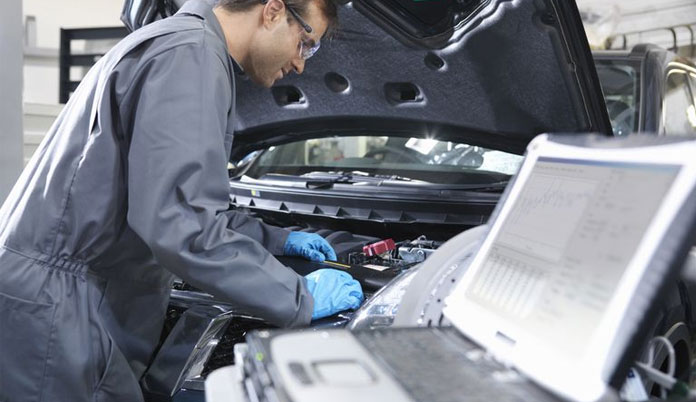 ECU or Engine Control Unit is an electronic controller that looks after the actuators and tells about the efficiency of the engine. ECU Computer programming tells us that ECU should be written in a special language; otherwise it can get disturbed by the limit of the efficiency can get affected.

Today we will be looking into the matter of the ECU, and the type of language it should have. We will also be talking about different type of ECU.

It is a system which is installed in the car to control the working of the engine and how the engine distributes the performance enhancing materials.  It is very much like the CPU of a computer which controls the hardware and software of it.

When you think of any laptop or computer, its CPU is the working unit which takes control from the start, but it should not be forgotten here that CPU does not work if it does not have an operating system. First, you have to download the OS and then work on the PC.

Likewise, when we are talking about ECU, we need to remember that ECU provides the same function, but it involves reading of different values of different sensors which have an impact on work efficiency. Some of the major workings compartments which are under the check of an ECU are as below:

The Language Used for it:

Since it is like a CPU, any primary programming language can be used for it. It has come in to the knowledge through ECU Computer programming that many programmers use those models which have complex divisions and machines like ASCET, Simulink. Also, C language which is embedded with XML is also used to develop drivers and operating system.

If we are looking into the ECU from a specific brand, then we will see that almost every brand has its ECU of course, but the most common type of language used is C language.

But with the latest boom of technology, most developers are now aiming for a high level of languages like MATLAB and then convert it back for basic form C to get the highest level of work efficiency and to improve readability, code maintenance, and reusability.

Things we should know while coding a language:

Don’t think that you can unveil super quickly some amazing ECU and it’s working. Big motor companies have all top-notched engineers working on such projects for months and years of trying to settle down and stay focused.

Dell-icious — Are Dell Laptops the Computer For You?