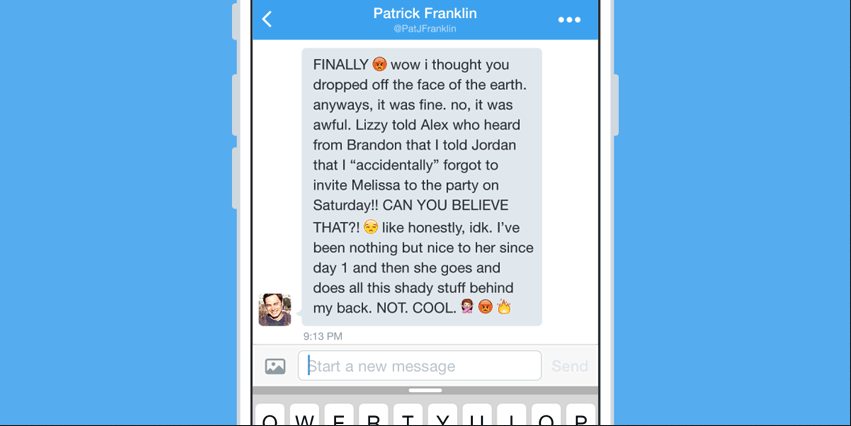 It has been nearly ten years since the beginning of Twitter and a lot of things have been changed over the span of nine years and the key features of Twitter still remains. In these ten years, Twitter has added several new features to stay very competitive and widen its users list.

Today, Twitter has reported that it’ll be removing the 140 character restriction in ‘Direct Messages’.

Sachin Agarwal, a Product Manager wrote in a blog post on Twitter’s Official Blog, “You can now chat in a single direct message, and likely still have some characters left over.”

The new limit for Direct Messages is technically 10,000 characters, but you would have to be really keen to reach that. Public tweets will retain their 140-character limit.

The update will start rolling out today on iOS, Android and Twitter for Web. The new feature will also be available for Twitter for Mac and TweetDeck. However, it doesn’t mention whether it’s available for Windows Smartphone or not.