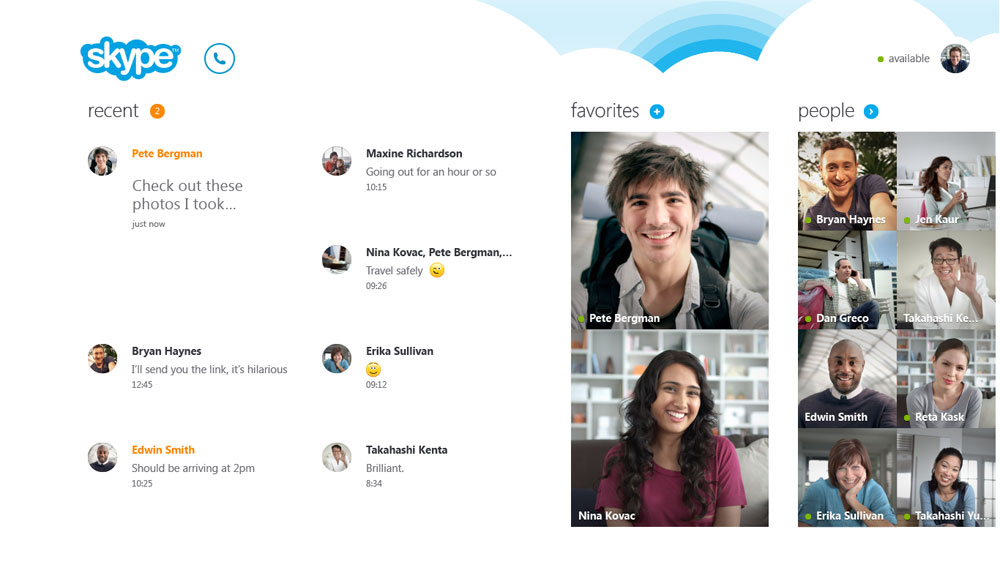 Microsoft released a new version of the popular VOIP/chat application Skype for the Windows 8, just two weeks after the operating system’s release and now available to download as Preview.

The team at Skype claims “It is our big step ahead jointly with Microsoft to present an entirely new Skype experience.”

Microsoft states Skype for Windows 8 is Beautiful, Fast, Easy, and delivers a variety of new features.

Skype for Windows 8 is developed to be always on and now have an ability to run in the background, so users will not skip any message while experimenting with other apps. Also, Skype friends are now visible in People Hub, making everything a little more straightforward. View the video clip below to see a preview of the experience:

Microsoft notes that it’s a Preview version, which means “experiences are not yet final” and there might be issues with some features – such as People Hub and background functionality.

Those users who want to try Skype for Windows 8 preview can get it the Windows Store and will be notified via update notification as soon as the full version is available.