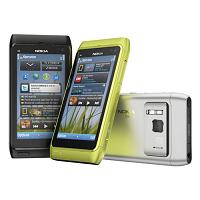 The world’s largest and leading Cell Phone Maker Company, Nokia, confirms that Some N8 Smartphone’s faces power problem that makes power off all by themselves.

The Nokia N8, which is the first handset of the company that use new Symbian platform “Symbian 3”, was released in October.

Nokia Executive Vice President Niklas Savander said on Nokia’s Official Blog: the company investigated and found that the power fault was due to a problem in production and exists only in the first batch. The customers who buy Nokia N8 Smartphone and facing the power problem can immediately contact the newest Nokia customer care centers. The problem is covered by the phone’s standard warranty. The customer will be given a new one if the original handset can’t be fixed.