Mozilla today announced it is scraping the Metro support from its upcoming version of the Firefox browser.

Johnathan Nightingale, the Vice President of Firefox, ordered the company’s engineering leads and release managers to stop the development process earlier this week, saying that shipping a 1.0 version “would be a mistake.”

“Mozilla builds software to make the world better, but we have to pick our battles,” Nightingale wrote.

Nightingale also added that we’re not as minor as we were the point at which we dispatched Firefox 1.0, but we still need to focus on the projects with the most effect for our mission.

Mozilla unveiled its Metro effort in 2012 and introduced a prototype in April 2012. The company then showed off a pre-release version of Firefox for Windows 8 in October 2012 and offered a Nightly build in February 2013.

Luckily, Google Chrome offers a Windows 8 touch experience, so there can be some rivalry in the Windows 8 web browser marketplace. Anyhow, if Mozilla understands is anything to determine by, either users are not really searching for alternatives… or possibly they are simply not utilizing Windows 8 tablet apps.

Mozilla could change the decision and remain working on a Firefox for Windows 8’s Metro, if requests from customers get later on. Since it is an open source venture, there is nothing to prevent self-supporting developers from getting the code and grabbing where Mozilla left off. 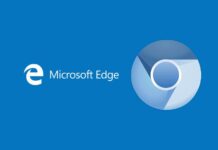 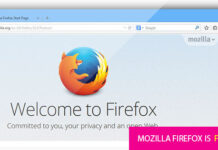 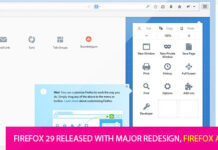