Microsoft released IE10 today in Las Vegas at its Mix11 developer conference.  The preview isn’t a reinvention of the browser, but rather an addition of the work it did in HTML5, CSS3 as well as hardware acceleration.

Dean Hachamovitch, IE corporate vice president said in an announcement:  “IE10 creates on full hardware acceleration and carry on our hub on site-ready Web-standards. This combination authorizes developers to transport the best performance for their customers.” 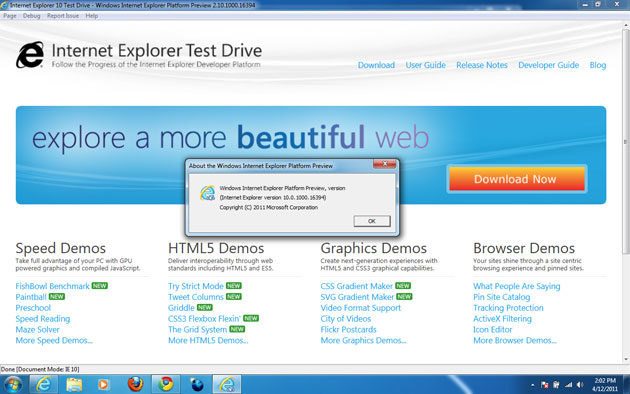 Dean Hachamovitch illustrates some of IE10 features against Google’s Chrome browser and disclosed that IE10 will include additional compatibilities for CSS3, including Flexible Box layout and the Gradients. Additional IE10 previews will be rolling out every 8 to 12 weeks.