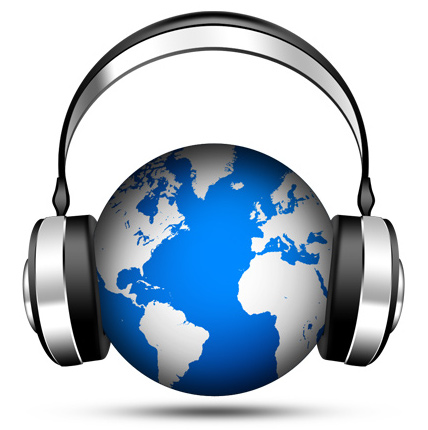 Everything is going mobile these days, and music is no exception. The number of apps for smartphones that are popping up to handle the huge influx of demand for streaming music is increasing exponentially. Here are just a few examples of such free apps that you can add your music to as an artist whenever you want in order to get it out there, or just listen to yourself since music artists are music listeners too.

This streaming site is becoming popular enough that it actually comes pre-loaded with many different Android phones. Slacker Radio has millions of individual songs, as well as a hundred different stations you can check out, or even get your music on.  You know that any app that has a loading screen that actually says it’s becoming better than a rival app, Pandora, has got to be interesting.

Pandora is one of the original smart-phone apps for streaming music and so-called “Internet Radio.” You can listen to channels. You can listen to it completely for free, though with any radio streaming site it’s a good idea to use Wi-Fi otherwise your data bill will go up like crazy. If you’re listening to it for free, then you can only use so many “skips” in an hour if a song comes up on a station you created that you don’t like. You also have to deal with ads every once in a while.

Google Music is another app that works on mobile phones as well as on any browser on a traditional desktop. The advantage here is that you can listen to all of your own music instead of creating stations and then hoping that music will come up that you like. The syncing between many different devices is useful as well. Additionally, there’s a low cost option for adding a store as a musician.

Many people forget that YouTube can also be used as a streaming music service. You don’t have to use it only for videos. You can make playlists of a bunch of different songs or artists’ channels and then listen to them on repeat. As a musician, the YouTube suggestions will also get your music out to people who have similar interests.

If you want to generate buzz for your music online, SoundCloud is a good bet. This allows people to listen to music and then add their comments during any point in the song, so other people listening to that same song will see the comments during the part of the music they’re listening to at the same time. This is sure to create buzz quickly.

Music promotion companies are the key to getting your music into these sorts of apps, in the end. After all, this list should make it apparent that anyone can get their music out there since there are so many different streaming apps that people are listening to on the Web and with their mobile phones. Music promotion services will make sure that some of these people get a chance to hear your stuff. After all, who knows how many people there are out there that would love your music if they could just hear it one time on their music app.

This is a post by Ashley Williamson. Ashley is a freelance writer and an occasional tech blogger. When she is not working she likes to travel and do yoga.

On Contending With Diverse Internet and Cable Providers