After several months of gossips and anticipation, Samsung unveiled its new flagship Smartphone Galaxy S5 at MWC 2014 in Barcelona. The new Galaxy S5 offers customers an enhanced experience with innovation of necessary features for day-to-day use. 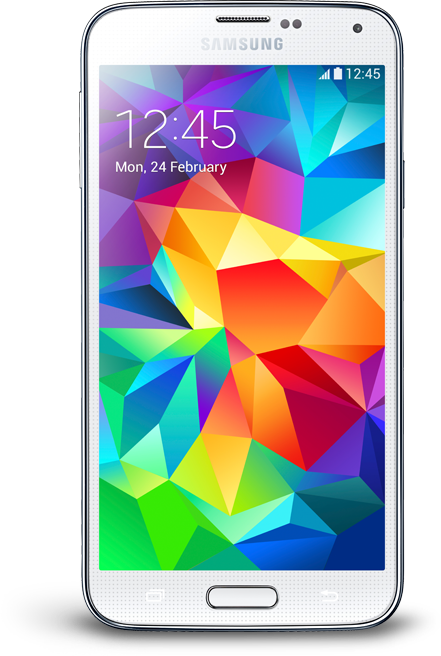 The Galaxy S5 features a Quad Core Snapdragon 801 processor at 2.5 GHz, 2GB of RAM, 150Mbps LTE, 5.1″ Super AMOLED screen of 1920×1080 resolution, and a 16 megapixel camera which company claims has the quickest auto-focus among Smartphones.

The Device runs on Android 4.4.2 KitKat with Samsung’s custom Touchwiz UI and enhanced form of Samsung’s own security system (KNOX). Samsung has likewise presented an Ultra Power Saving mode, which converts the display to grayscale, and shuts all unneeded features providing 24 hours of standby on low battery. The Galaxy S5 has a heartbeat sensor which is placed near to the back camera. Put your finger over the sensor, and S Health picks up your pulse rate very quickly. The home button, not surprisingly, is now turning to fingerprint scanner. However, you have to swipe your finger over it.

The Galaxy S5 is IP67 certified which means it is dust and water resistant, and can be sunken in 3 feet of water for approximately 30 minutes.

Overall, Samsung has designed an excellent device. However, The Galaxy S5 will be out there in a variety of different colors unfortunately, is still plastic – including shimmery White, charcoal Black, copper Gold and electric Blue.

The device will be available in over 150 countries form April 11 and the price has not been announced yet.